PAY-PAY is the oldest rolling paper in the world. Made since 1764 in the legendary paper making town of Alcoy (Alicante province, Spain), from which it was exported to many countries, especially in America, in most cases in return for tobacco.

More than 250 years later, PAY-PAY is still made near Alcoy, in Benimarfull, remaining faithful to its original spirit. A modern factory located there –Iberpapel– has managed to maintain the old Alcoy-based paper making tradition, adapting it to the new times.

Respect for the heritage received, creativity and passion are the main ingredients of a legacy which continues to be passed on from generation to generation.

Telling PAY-PAY’s history is telling the history of rolling paper itself.

Halfway through the 18th century in Spain, it had become a widespread habit to smoke tobacco brought from the Americas. However, in Europe, tobacco was an extremely expensive product to be smoked on the actual plant leaves, which is why many people chose to consume it in the form of powder or wrapped in newspaper.

In order to prevent that thick paper with ink from being smoked, the entrepreneurs of the time devised a paper which was slimmer than usual, 40 grs/m2, and white, made in big leaves the size of a sheet (double folio) that smokers could cut according to their taste and need. This paper exclusively conceived for smoking, a wonderful find, soon starts to have a lot of success all over the world. This is the primitive PAY-PAY from Alcoy.

The start of the 19th century marks a decline in the fashion for powder tobacco; the custom of rolling it spreads, and the need arises to serve paper in a size better suited to cigarettes. A Dominican from the city of Xàtiva (Valencia Province, Spain), Father Jaime Villanueva Estingo, invents the smoking paper booklet: a delicate object and a magnificent invention, the use of which has survived to the present day. Smoking paper booklet workshops multiplied in Alcoy, with PAY-PAY’s standing out from all the others. Its covers showed beautiful engravings beside the name of the manufacturer –Pascual Ivorra. Long series were also printed on them about the history of Spain, about famous figures and celebrities, about habits, costumes, allegories, sayings… thus providing us today with a complete overview of the evolution in the society and traditions of the time.

A small gum arabic line starts to be applied on one of the bigger sides of the smoking paper, which will make cigarette-rolling easier. 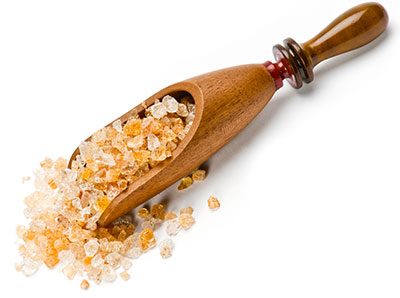 A procedure is registered to tie the leaves: the zig-zag utilised in today’s booklets.

The firm Ivorra, Payá y Compañía is founded, after which a paper factory is installed at El Salt, to which Ivorra contributes with the already renowned Pay-Pay brand. 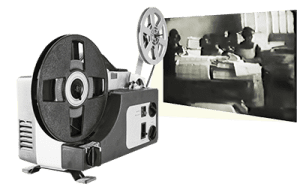 Francisco Payá Miralles continues with the paper factory, whereas Pascual Ivorra Carbonell sticks to the booklet manipulation workshop, located at Venerable Ridaura Street in Alcoy, where he carries on producing Pay-Pay as the flagship brand.

The numerous Alcoy-based paper workshops decided to pool their resources and open a larger factory that could fight more strongly with its competitors. It was given the name of Papeleras Reunidas [United Paper Mills] to show that they all worked together as if they were a single workshop.

Each one of the different manufacturers brought its own brands and knowledge to the new common project which eventually became a great multinational. Pascual Ivorra Carbonell joined it with his ‘PAY-PAY’ brand, along with other world-famous ones, such as ‘Bambú [Bamboo].’ 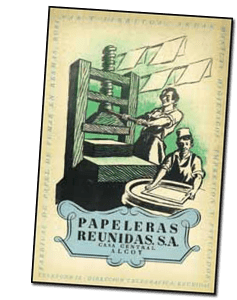 Years later, at the early age of 27, the Papeleras Reunidas executives sent José Emilio to the Buenos Aires (Argentina) of the 1970s in an attempt to revive the factory that the company ran there –which was going through serious operational problems associated with technical and economic aspects, as well as with labour-related ones.  José Emilio only needed six months of intense work to make the company fully operational again. The overall management of Papeleras was not going well at all, though, and the large Alcoy-based paper multinational had to close down in the mid-1980s. 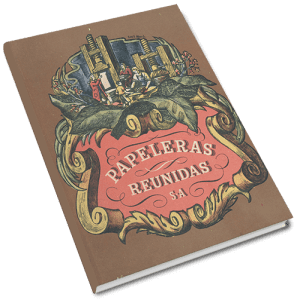 José Emilio’s business intuition when Papeleras Reunidas closed down led him to keep some paper machines in return for continuing with the activity and production of the PAY-PAY brand.

Already left to his own devices, José Emilio went through hard times at first, but the re-adaptation was quick.

Keeping the essential elements in the old Pay-Pay design, as are the bats and frogs on the background and the characteristic pay-pay (Chinese fan) of the logo, a gradual re-adaptation was made of the design, of which copies can be found in important smoking paper collections nowadays.

With the re-adaptation of the machines from Papeleras Reunidas and using the knowledge acquired there, the team created by José Emilio in the new factory started to manufacture something which had not been made for a long time and which turned out to be a complete novelty in the market: smoking paper with aromas.

The PAY-PAY team took a step forward to satisfy smokers’ tastes with Ultraslim. This new PAY-PAY Type B paper gradually became more and more transparent until achieving the quality that we can currently enjoy. 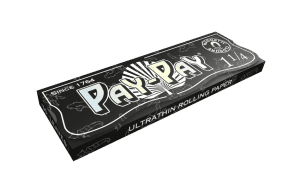 If Pay-Pay has always been a synonym of innovation (see the invention patent to stick the cigarette properly without light, or the aromas), a new innovation is put into practice this year: the booklet magnetic closure for it to stay like new until the last of its leaves is used.

The PAY-PAY factory begins to manipulate the first unbleached smoking paper, although it does not do so with its own brand but with the currently famous brand RAW. 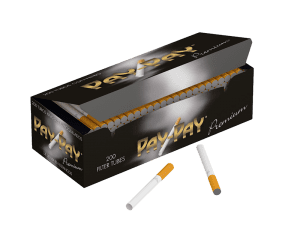 Even though the artisan tradition is focused on smoking paper, it has already been said above that Pay-Pay adapts to innovations, always with that genuine air which characterises it. The same happened with the empty tubes, a new Pay-Pay product, entirely made in the same factory.

This product comes to complete the kit of accessories known as RYO (Roll Your Own) which are needed to roll a cigarette: paper and filters. 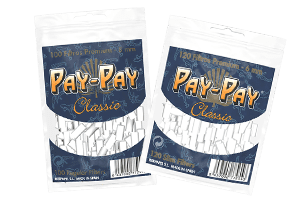 251 years later, and when it is the 25th Anniversary of the moment when they started operating on their own, the PAY-PAY team headed by José Emilio, always faithful to the tradition received –with which they have rolled until today– launch this fascinating adventure full of novelties into the market with the same passion and enthusiasm as ever:

We are ready to roll!

Dare to form part of history

Any cookies that may not be particularly necessary for the website to function and is used specifically to collect user personal data via analytics, ads, other embedded contents are termed as non-necessary cookies. It is mandatory to procure user consent prior to running these cookies on your website.

You must be 18 years old to visit this site.